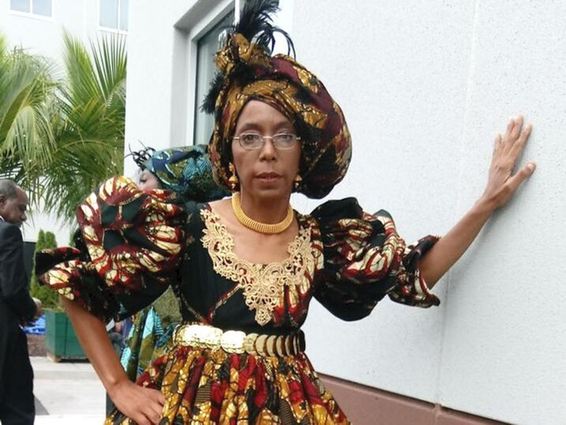 From picking cotton in Gould, Arkansas, to afford my school clothes to appearing in award-winning movies produced by Tyler Perry, Janice Scott lives by one rule: “I can do all things through Christ who strengthens me.”

Janice Scott and her family were frequent churchgoers. She reflects on how her mother raised her with a Christian-based upbringing and how the rearing stayed with her throughout her life. “It’s always connected with me…[in particular] God blessed me with a gift of seeing visions in my dreams.” Scott saw more for herself than what Gould could offer her, so she sat out to make her dream a reality. “All I had was a dream and my faith in God.”

In 1985, she left her small hometown to start fresh at the University of Arkansas at Pine Bluff, where she majored in Computer Science. In 1991, she graduated from the University but remained in Pine Bluff, working at the Arkansas Department of Correction. While Pine Bluff was significantly more representative of a big city than the small town of Gould, God’s plan was 900 miles away in a bigger city!

Scott’s career led her to the Commons Prison for Women in Atlanta, Georgia, and she was promoted to US Marshall shortly after her arrival. She held her role for over three years but found the new facility was not as fulfilling as her position in Pine Bluff. This was partly because the new facility was not challenging enough for Scott. The new facility monitored female inmates, who generally received more freedom and liberties because they did not have as many violent incidents between the correctional officers and inmates compared to her previous employer, which monitored men. “I was used to working with men,” Scott said. She wasn’t getting fulfillment from the job. So she turned elsewhere to find it.
“The big city and big lights got to my head, and I partied a lot. But I ended up back in Gould with my mother when she was sick.” 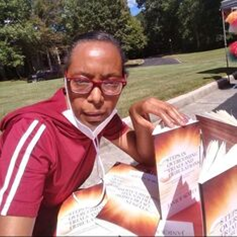 Scott’s mother took ill just as she was becoming acclimated to all that Atlanta had to offer. She was glad to return the sentiment for her mother that she received as a child, but she kept her goals in sight and didn’t let the delay in her plans hold her back. When the time was appropriate for Scott to end caring for her mother, she moved back to Atlanta, Georgia, and began attending Dr. Creflo Dollar’s church. With his encouragement, she attended Beulah Heights University and later earned her degree in Biblical Studies in 2002.

“When I moved back to Atlanta, Dr. Creflo Dollar took me under his wing and helped me get my ministry degree…I received this because of my obedience to God. When I went back to Gould and took care of my mother, God noticed my genuine heart to do so and granted me the things I wanted from then on.”

While attending Dr. Creflo Dollar’s ministry, Scott noticed that many celebrities attended it. She met several of them through service and networking and found herself on Oprah Winfrey’s network set a few short months after earning her degree. Since then, she has appeared on multiple movies and television shows, such as Greenleaf, House of Payne, The Resident and Shaft, and most recently, Coming to America 2!

“The industry just fell in my lap…My face is so known now because I got in there and worked it. I networked and worked hard; now I’m invited and can do things most people can’t.” She recalls being inspired by Tyler Perry’s drive to deliver content quickly and stay loyal to everyone on set. “All the sets I worked with him were like family. He showed every side of the church, not just what people believe.”

As Janice’s journey continues, she prides herself on her many achievements. Some of her proudest are: creating a scholarship for her #DearMother alma mater – the University of Arkansas at Pine Bluff, being featured in several Georgia-based, Black-owned publications, and being the author of a motivational novel.
“I’m proud to say I’m from Arkansas; It doesn’t matter where you come from. It matters where you end up.”
For a detailed look into Janice’s story, purchase her book, “3 Steps in Overcoming Trials and Tribulations.” It is sold at Walmart, Amazon, eBay, and Barnes and Noble. You can also contact janicewjesus@yahoo.com to schedule a speaking engagement.
footnotes
op Picture: Janice Scott Pictured at the Coming 2 America A Night In Zamunda | Coming 2 America Movie Premiere & Watch party March 5, 2021. She is wearing a costume designed by Ruth E. Carter of Massachusetts