BLACK PEOPLE DON'T READ
They Are Still Our Slaves 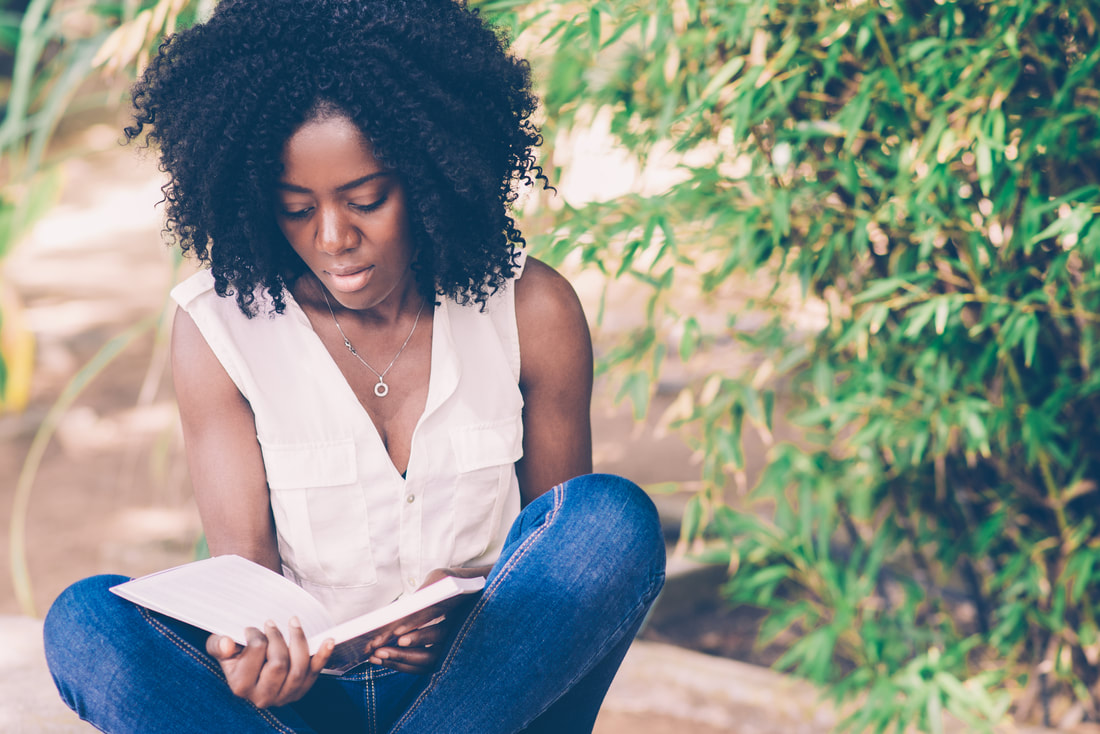 So back in 2006, I was forwarded a “Girl, look at this!” type email that elaborated on some person’s reason to believe that Black people don’t read. I remember being taken aback by the title off top. It was such a blanketed assumption. I mean…I’m included in the term “Blacks,” but I read. As a matter of fact, I knew quite a few “Blacks” that read, so how dare this rando make such a generalization.

I commenced to read the email out of curiosity, ready to defend my culture and negate everything this person had to say. As I surveyed the narrative, my angst eased up. The email read, and I quote:
“We can continue to reap profits from the Blacks without the effort of physical slavery. Look at the current methods of containment that they use on themselves: IGNORANCE, GREED, and SELFISHNESS.

Their Ignorance is the primary weapon of containment. A great man once said, “The best way to hide something from Black people is to put it in a book.” We live now in the Information Age. They have gained the opportunity to read any book on any subject through the efforts of their fight for freedom, yet they refuse to read.

There are numerous books readily available at Borders, Barnes & Noble, and Amazon.com, not to mention their own Black Bookstores that provide solid blueprints to reach economic equality (which should have been their fight all along), but few read consistently, if at all.

GREED is another powerful weapon of containment. Blacks, since the abolition of slavery, have had large amounts of money at their disposal. Last year they spent 10 billion dollars during Christmas, out of their 450 billion dollars in total yearly income (2.22%). Any of us can use them as our target market, for any business venture we care to dream up, no matter how outlandish, they will buy into it. Being primarily a consumer people, they function totally by greed. They continually want more, with little thought for saving or investing. They would rather buy some new sneaker than invest in starting a business. Some even neglect their children to have the latest Tommy or FUBU. And they still think that having a Mercedes, and a big house gives them “Status” or that they have achieved the American Dream.

They are fools! The vast majority of their people are still in poverty because their greed holds them back from collectively making better communities. With the help of B.E.T., and the rest of their black media that often broadcasts destructive images into their own homes, we will continue to see huge profits like those of Tommy and Nike. (Tommy Hilfiger has even jeered them, saying he doesn’t want their money, and look at how the fools spend more with him than ever before!). They’ll continue to show off to each other while we build solid communities with the profits from our businesses that we market to them.

SELFISHNESS, ingrained in their minds through slavery, is one of the major ways we can continue to contain them. One of their own, [W.E.B.] Dubois, said that there was an innate division in their culture. A “Talented Tenth [percent]”[1] he called it. He was correct in his deduction that there are segments of their culture that has achieved some “form” of success. However, that segment missed the fullness of his work. They didn’t read that the “Talented Tenth” was then responsible to aid the Non-Talented Ninety Percent in achieving a better life. Instead, that segment has created another class, a Buppie[2] class that looks down on their people or aids them in a condescending manner. They will never achieve what we have. Their selfishness does not allow them to be able to work together on any project or endeavor of substance. When they do get together, their selfishness lets their egos get in the way of the goal. Their so-called help organizations seem to only want to promote their name without making any real change in their community. They are content to sit in conferences and conventions in our hotels, and talk about what they will do, while they award plaques to the best speakers, not the best doers. Is there no end to their selfishness? They steadfastly refuse to see that “Together Each Achieves More (TEAM)! They do not understand that they are no better than each other because of what they own. In fact, most of those Buppies are but one or two paychecks away from poverty. All of which is under the control of our pens in our offices and our boardrooms.

Yes, will continue to contain them as long as they refuse to read, continue to buy anything they want, and keep thinking they are “helping” their communities by paying dues to organizations which do little other than hold lavish conventions in our hotels.

By the way, don’t worry about any of them reading this letter, remember, ‘THEY DON’T READ!!!!’
(Prove them wrong. Please pass this on!)” 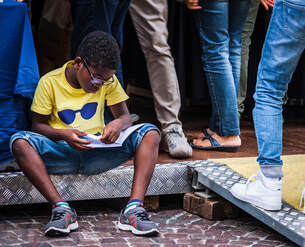 Now, I will be the first to say that it is not fair that this perspective does not expound on the foundational vices intentionally planted and maliciously purposed to keep generations of “Blacks” in a lesser position. However, in respect of honesty, the writer’s perspectives held some truths when the email popped in my inbox back then and hold some truths today. As a culture, we will always counter the negative connotations of this overcast. However, we – as a culture – must take accountability for the habits and practices that we continue to utilize that keep us in this narrative.

As a Black person – whether you like it or not – you automatically hold a portion of the responsibility to rectify our culture’s impediments to change. I felt like the writer pulled my card, and I began thinking, “what can I do to change this?” This magazine is my attempt. Not to offend anyone, but to cause good trouble.

So humor me. After reading all this – regardless or even inclusive of how and why “Blacks” were put in these circumstances to begin with – how do you feel about the writer’s perspectives? And what powers do you have to change this narrative? As you gauge what you can do, remember that accumulated water droplets cause floods.
footnotes
(1) The phrase "talented tenth" originated in 1896 by John D. Rockefeller. In 1903, W.E.B. Du Bois wrote The Talented Tenth with the intent of motivate African Americans to advance their positions in society during the industrialization period.

(2) A “buppie”: A highly sophisticated and upper-class black person. Usually, a black city or suburban resident with a well-paid professional job and an affluent lifestyle: b[lack] + [y]uppie
Reference
“Our earliest sighting of this polemic which excoriates “buppies” and other blacks for their presumed lack of literacy and bling-motivated consumer choices dates to October 2001, when it appeared as an unattributed item in the New York Beacon, a newspaper that focuses on African-American issues. It subsequently arrived in our inbox in January 2002 prefaced by the claim that it had been written by a Caucasian. In October 2002 we began receiving versions stating radio personality Dee Lee had read the item on air that morning on a New York station. While the question of who wrote the piece remains murky, we can rule out two people who have often been erroneously pointed to as its author.

Radio personality Dee Lee, then of Philadelphia’s Power 99 FM’s “Dream Team” and Saint Louis’ 100.3 “The Dee Lee Morning Show,” firmly asserts he is neither the item’s author nor did he ever read the piece on air. He said in a 28 January 2007 blog post that “I NEVER wrote nor read this article on NYC radio!!,” adding that he “would in no way write or support such ignorance, especially degrading my own race.”
​
- source: https://www.snopes.com/fact-check/blacks-dont-read/