THE PINK TEA CUP, INC.
Standing Up for Our Black Girls in the Community 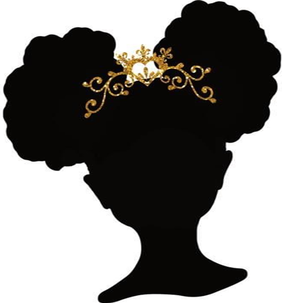 After reading a study conducted by Georgetown Law Center on Poverty and Inequality, Dr. Nita Bohannon found that society has placed a basis on Black girls that views them as less innocent than their white peers through adultification. Adultification is a racial prejudice often used to paints the idea that children of minorities are more mature than they are. Oftentimes, this is reflected on to Black girls through sexualization, stripping the child of their innocence. In an effort to put an end to this societal injustice, in 2018, Dr. Bohannon created a girl empowerment non-profit organization specifically for Black girls called The Pink Tea Cup, Incorporated designed to give them sacred space to feel included, special, worthy, and triumphant.

Dr. Bohannon is a native of Little Rock, Arkansas, and has worked for the Little Rock School District for roughly 21 years. She has witnessed, firsthand, how Black girls are stifled by the environments that they grow up in and how the mental effects play on their self-esteem. She also noticed that there were not as many programs available to help high school girls with their issues as there were readily available for elementary and middle school girls.

“I started thinking about how I became a teen mom – it was because of lack of self-awareness, lack of self-love, and trust for myself. I made poor decisions that were not self-loving, and I wanted to grab those groups of girls before they got out in the real world.”

This, along with her relationship with her daughter and her own life challenges as a young Black girl, motivated her to create the blueprint for The Pink Tea Cup.

The Pink Tea Cup, Inc. is based in Little Rock and is positioned to be a platform to advocate against the adultification of young Black girls in our community. Its mission is to “awake the inner voice of girls of color,” as well as teach them how to embrace and build their individuality. Its core values of self-love and self-trust are incorporated into every section of the organization’s existence. The organization hosts social events, fundraisers, workshops, and other methods to uplift its mentees and empower the community, including a mentorship program that promotes self-awareness and self-love.

One of the program’s key features is to offer girls an opportunity to meet women of color who have experience and careers that align with its mentees’ ambitions. This is done because the organization believes young Black girls need to see themselves in all career fields to cultivate all their potentials. The organization’s Board of Directors follows suit with this intent as it is made up of mostly Black women who are active in their roles and accountability to its mentees.

“My favorite thing about being a Pink Ambassador is the interaction with the girls. It’s almost like you’re acting as a big sister who gives advice and support. I’m able to use everything that I went through growing up to guide them through those rough patches. Even though this program’s target audience is high school girls, I feel like everyone involved can feel the impact it’s having on all of us. Spending time with the girls and listening to their stories make you want to go out into the world and be an advocate for our Black girls everywhere.”

Since its incorporation in 2018, The Pink Tea Cup has gained an active total of 20 girls. While the programs continue to grow, Dr. Bohannon prefers the organization stay relatively small to maintain personal relationships with each of its members. She prides The Pink Tea Cup, Inc. on the connections it has with its girls and the role they play in their everyday lives outside of program hours.

Dr. Bohannon believes in the village approach when supporting children in the community. To do this, she relies on the support of those around her, such as her board members and ambassadors. They are just as passionate about the mission of The Pink Tea Cup, Inc. as she is.

“I want to be very connected with the girls because that’s what it takes. Looking back at our African American heritage, it was about the village, and that’s where I leaned. The support is there. The need is there.”

Working with The Pink Tea Cup, Inc. has allowed Dr. Bohannon to see a more proactive side to the Black community. One that comes together for the greater good of the children and their future, so she is looking to expand the organization to other cities in Arkansas and eventually create chapters in other states.

Bohannon is adamant about rebuilding and creating pillars of the Black community that reflect our strength and the importance of the Black family. Her main message to the community: Take pride in being Black. Regardless of where you come from, where you live, take pride in all of it. Then, when the opportunity comes, invest in your community. “That creates and leaves a sense of pride.”

It is no secret that the Black community is in critical need of a change that promises a better and brighter future for our children, promoting high self-esteem and confidence in their ability to succeed through all of their adversities. Black girls, in particular, need guidance and support as they grow through the challenges they face through their adolescent years. Aside from the typical teenage struggles of trying to fit in and finding oneself, Black girls are arguably one of the most victimized groups of individuals in the world. Dr. Nita Bohannon stands in the gap, hoping to extend the same grace and patience with each girl that comes through the organization that was extending to her.