PAY IT FORWARD
Continuing the Tradition of Giving

by Dianna Donahue - Jun.01.2021
One of the earliest methods used to dismantle Black communities and Black families was keeping us from our history. In most cases, this includes our origin, biological health propensities, and even habitual nuances and tendencies. So much of what we should know about who we are as a culture and as individuals is lost. For many of us, our knowledge of familial history does not go beyond three generations ago. Contrastingly, some are blessed to know beyond that, have extensive details on individuals of their lineage and those who helped mold it, and understand how those details influence who they are today. C.J. Duvall, Jr. is one of those people. 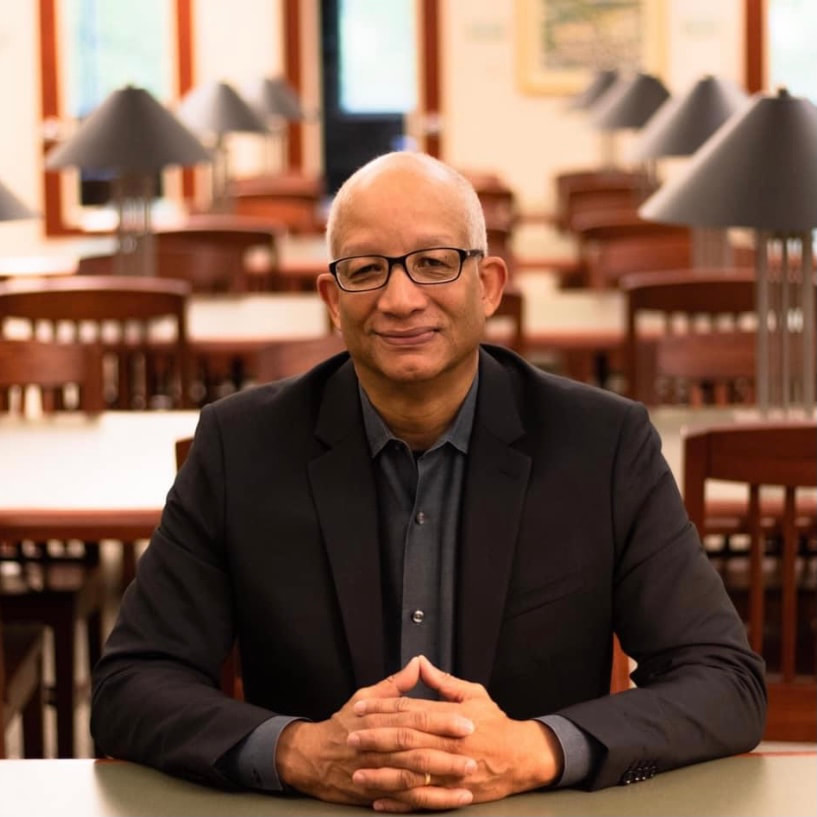 C.J. Duvall, Jr. is a published author that has dedicated the past twenty-five years of his life to mentorship and community service in Little Rock communities. His reach extends from the Theressa Hoover United Methodist Church, where he mentored in the 1990s, to participating with educational funding committees that provide financial support to Black students. He's also taught students how to raise and distribute food, care for the environment, and conduct research through the developing community gardens.

Duvall's mentorship reach has helped organize a Back-2-School program, that includes talent shows, basketball tournaments, food booths, and school supply give-a-ways. This program is orchestrated by a committee of Duvall's mentees and provides them with experience in money management and organizing their efforts on their own. He also helped establish educational endowments that offer financial assistance to students across a range of different economic backgrounds, academic interests, and religious persuasions.

This father and former pastor gives himself very little credit for his drive to be of service to people. In fact, Duvall views his works as an effort to replicate those of his father, adoptive grandmother, and others in his lineage who set examples of giving to others so that they may live and have opportunity. He strives to continue his family lineage.
THE LINEAGE

​Duvall's mother, Jo-Ann (James) Duvall, is a strong, steadfast person who worked in the home and church. She helped raise six of her own children, but opened the doors of the Duvall house to others, such as the son of a friend in 1967 and two young orphans from a local children's home. Duvall's father, Clarence Duvall (born James Mosley), was a very kind man. At the age of two, he lost his parents and was raised by a 60-year-old neighboring resident named Sarah Duvall until she died in 1941.

Duvall states that his father "had very little as a kid growing up and was always trying to help others in everything he did." This positioned Clarence Sr. to be very grateful for everything. "Down to the cup of coffee he would cradle in his hands and sip each morning," Duvall recalls. This tendency taught him the meaning of gratitude. Together, Duvall's parents taught him to work, save money, and help others.

Sarah Duvall, a non-biological extension of the Mosley family, lived on the same street with Clarence Sr.'s Mosley relatives. She was known to be hard-working, compassionate, generous, and very religious. She was a widower and gave of her time and her material possessions often. She earned her income as a cook and housekeeper for a white family.

When Clarence Sr.’s father died, he and his siblings were sent to live with a different relative. Due to the harsh and difficult economic circumstances of the time, no one relative could afford to take them all. However, Ms. Duvall asked for Clarence Sr. specifically. She placed him around men in the church that taught him responsibility and accountability. One of his childhood mentors was author, teacher, historian, and Omega Psi Phi fraternity member Dr. Herman Dreer. Ms. Duvall's efforts helped the toddler become a young man.

Mariah Bass is not a relative of the Duvall or Mosley family, but her influence is great. She was a member of the St. John's A.M.E. in Xenia, Ohio, and was known for her good works in the community, including being associated with the Underground railroad. While reading an 1870 census, Duvall learned that she provided housing and support to two Mosley relatives - one was emancipated in 1860, and the other had escaped their enslaver.

"I find this woman to be brave, compassionate, and generous in heart to house her nine children and my Mosley relatives from Mississippi. What kind of person does this? God surely provided the world with people like Mariah."
With so many known influences of helping others and giving back throughout Duvall's lineage, it is not a farfetched surprise that Duvall would naturally follow suit. His efforts have paved the way for a long list of people to pursue their dreams, to feed themselves, to receive a formal education, to grow spiritually, to learn financial skills, and – more importantly – to pay it forward.

Duvall is passing on this influence to his daughters, who he refers to as "sweet, compassionate, intelligent women who will make a great impact in the world." He wants to provide for their continued welfare and help others who have needs in a similar fashion to his father. He believes that his father's efforts to help others were guided so that his daughters can live and have opportunity. His goal is to do the same for his descendants.