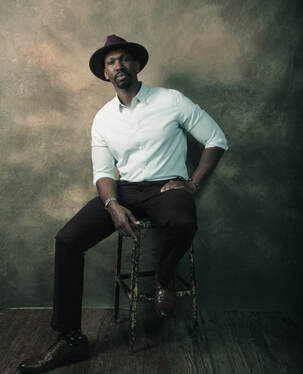 URBANE: ​WHO IS EPIPHANY?

PIPH: I walked into my full creative scope by getting over my fear of public speaking. I was in a talent show my junior year of college, and from that, I found that I had a love for performing. That kinda married with my heavy interest in hip-hop, and I kept emerging in writing and performing. You couldn't have made me believe, at 19, that I'd accomplish or experience some of the things I've gotten to, considering I was scared to talk in front of large groups of people.

I've been at this for 20 years but have been doing it well for probably about half of that. I had a record label – Conduit Entertainment. It was myself and four other artists. I also worked heavily with a production team called "Dat Heat" until that dissipated. Nowadays, I mostly move with my live band, "Tomorrow Maybe."

I really care about hip-hop culture and having Black excellence rise. So I'm an advocate for consistently impacting those areas in ways that I think are the best. Some are purely through entertainment, and some are grassroots programing. I used to take a wider approach to impact, but now that I have found my lane, I try to go deep with approaches that I believe to be most effective, you know what I'm saying?

PIPH: There was a point when I was younger where I was getting ostracized because I had this weird condition, and I spent a lot of time by myself. I had pity parties, but then I heard "Lay It Down" for the first time out on the street one day. That bass line! That [mimics bass line]!! I literally got stuck like, "what is that?!" I followed the car. I hadn't heard anything like that before. I remember how I felt…I was like, "I need that!" My life ain't been the same since.

I started listening to rap, and it started clicking. It was all these Black dudes who nobody would've paid attention to normally, sharing their thoughts, their life, and their creativity in a dope fashion. That clicked with me because it was like I ain't gotta wait for anybody to care about my story; I can do it by whatever way I see fit. That was the first click.

I heard a lot of East Coast rap at first, but when I started hearing Suave House, the music brought me in. Just hearing how they flowed over the music and then hearing what they said, telling their own thing – the brashness of it, like "we don't care" – that resonated with me. That was the gateway. I became a student of the game, getting immersed in it. My interest kept growing, and growing, and growing.

There's arguably few things, if any, that have influenced my life as the hip-hop culture has. So now…I can't tell you specifically what the draw is – all of it draws me – from the four disciplines to the different eras of consciousness to the brashness…it all draws me. But too, I see all that going back to the root of Black music and Black history in America. It fuels everything. I don't know anything it doesn't permeate.


URBANE: DO YOU CONSIDER YOURSELF TO BE A VET?

PIPH: Yeah. Yeah. I don't even have a further explanation. I'm completely kosher knowing that I put a lot of time and work in this, so I wear my Vet status proudly. I'm an active Vet… I'll say it like that.


URBANE: HOW ARE YOU CONNECTED TO ARKANSAS?

PIPH: I was born in New Jersey, but I moved to Pine Bluff when I was seven and grew up there. I'm a proud Pine Bluff High School graduate.


URBANE: WHERE HAS YOUR MUSIC TAKEN YOU – LITERALLY & METAPHORICALLY?

PIPH: I've learned to stay in the moment…to stay present. Things didn't always go the way I wanted all the time, but I learned that however it goes, be in that moment because I can always take something away from it. Like I had something totally different in mind for one project. It didn't go as I thought, but a PBS Special came out of it, and now I'm forming my own show, you know? So just doing that…be in the moment…go hard at it…enjoying the process, man…is dope. I mean, I've had a hellafide life and career off of doing music. It's taken me to 10 countries to immerse myself in different communities and the lives of new friends I've made around the globe, have had tons of shows, and made a decent living from making music that's had an impact. So there's no complaints about everything not working out as originally planned.


URBANE: WHAT DO YOU HOPE TO ACCOMPLISH WITH YOUR MUSIC?

​PIPH: I want to impact my culture with my creativity.


URBANE: WHAT PROJECT ARE YOU WORKING ON RIGHT NOW?

PIPH: I'm about to put out a live album in the next few weeks. And I'm leaning heavily toward short-form video content. I got renewed for my Arkansas PBS show called "The Glow with Big Piph." I got another show called "Far From Finished the Series" that I'm producing myself, and we'll see what comes from that. All new music coming will be tied into the show one way or the other.

Also, I got a really dope band, and they consist of two singers: DeeDee Jones and Bijoux; and then the instrumentalists: Corey Harris on bass, Paul Campbell on drums, Dre Franklin on keys, and Chaz Holloway on guitar. We haven't really been able to move around the way we'd like. So I'm trying to get a tour set up for the spring.


URBANE: WHAT ADVICE DO YOU HAVE FOR SOMEONE WANTING TO GET IN THIS INDUSTRY?

PIPH: I would tell them to quit. We say we love this career, so we give and give and give to it with no promise of it loving us back. Stuff you love generally reciprocates that love back, and this career…rarely that. I've seen a lot of my associates struggle with it mentally. Normally you're not doing a lot of self-care because you're keeping crazy hours and not eating right, so if you're not ready for that piece…naw! I'd tell them to quit.

I would map out all the benefits that they could get from this career, but show how they can get all them benefits quicker in another career. If it's money, power, or whatever their success is defined…if that's the bigger purpose and they can get it another way, do it that way.

If I can't get them to quit after all that, they're probably cursed like me – this is something they have to do. Now that they know that, my next thing would be to tell them to form a plan and keep going! It's going to be such a competitive and narrow path, so accept that the process will be extremely hard, and sometimes the sacrifice is insane. But if you still want it, embrace it, map out a plan, try to enjoy the process and be present in now, and absorb as much as possible to get to where you're going. So I just encourage y'all to find balance with this career and take care of your mental health.


URBANE: WHAT WAS YOUR BEGINNING?

PIPH: The early 2000s…those were my professional panhandling days! I was selling CDs everywhere I could…wherever the people where at! From Thursday to Saturday, we had a run – every club on Asher, Wright Avenue, and the gas station parking lots. It was a little dangerous, but we learned how to move. And then we became a staple of the parking lot, so people started looking for us to be out there. They even started watching out for me and warning me where not to be at. One dude told me, "I know the club is going off inside if you out here in the parking lot."

We would hit up college homecomings, Riverfest, and other events where the people would be for a few hours. Then it got to the point that our music was gaining momentum, and people were wondering, "Why are y'all still out here?"…almost like they thought we were just hustlin'. So we had to come up with a different approach. But yeah, I did that for about four years, and then I was like, "naw, let's switch this up a little bit." So I retired that. I saw some things out there, and in retrospect, it was probably not always the smartest thing to do, but…I mean…what was the other choice, you know? We didn't have social media, so we had to get it how we could get it. We were grassroots, and we tried to move as wisely as possible. That was part of the culture. That was our audience. We had to get the music to our audience.


URBANE: WHAT HAS BEEN THE MOST REWARDING EXPERIENCE YOU'VE HAD?

PIPH: In terms of being a creative, I've had a lot of dope moments, like concerts and great experiences; but it's honestly when someone comes up to me to tell me why something in my music resonated with them. To this day! When the music connects…when it surpasses entertainment and speaks to somebody, that always rivals any amazing show. Other than that, when you see the energy – being on stage and see people locked in on you… it's like power…like a certain type of energy that comes from that. There are very few things that come close to match that level.


URBANE: WHAT HAS BEEN THE MOST CHALLENGING EXPERIENCE YOU'VE HAD?

PIPH: The people aspect…this life strains important relationships. Choosing this career and lifestyle keeps one just not being a natural 9-5, in-the-pocket type person, so that's always been a strain on my relationships. More so than that, when certain things go funny, people that are ultra-close just aren't anymore. And it may not be your fault or their fault; it's just the nature of the beast. 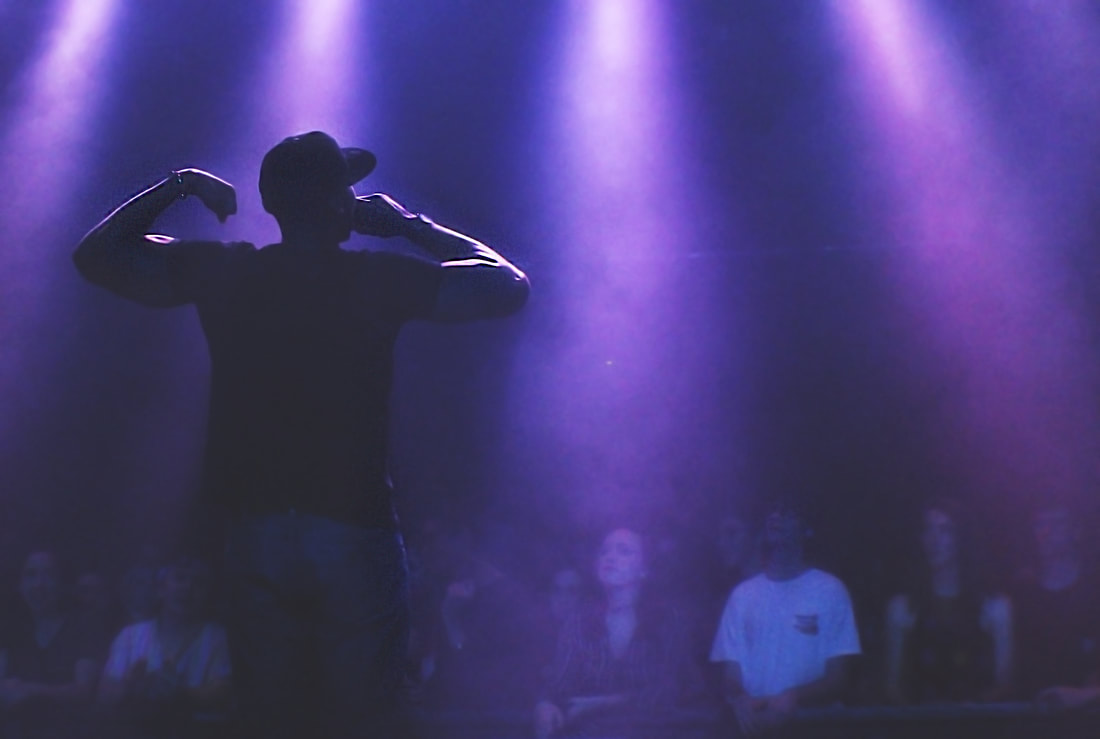