Ryan Davis - Working While the Clay is Still Wet 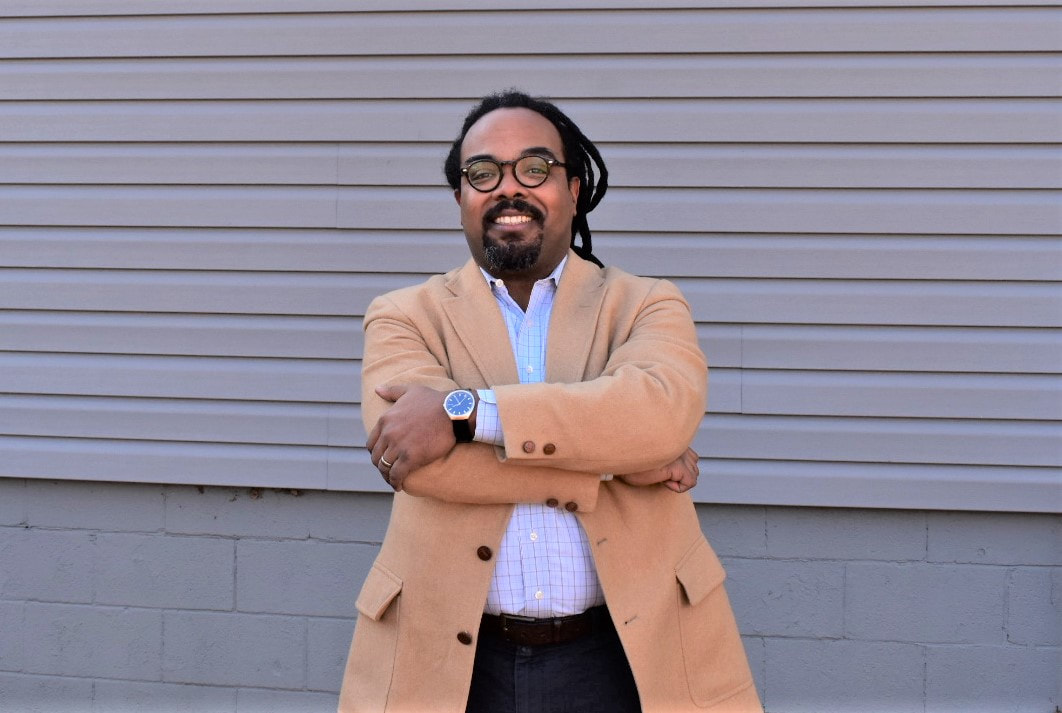 There was one campaign sign heavily visible around central Arkansas during the recent election season. Its colors were red, yellow, green, and black instead of a traditional red, white, and blue, and adding to its unconventional design, was the font choice where which each letter was hollowed out by a single narrow line. Many said the design gave off too much of an urban appeal or disposition. For Ryan D. Davis, it was the perfect accent for his campaign brand that said exactly what mattered—Ryan Davis-District 34. As a stark advocate for several public causes and policies, Ryan is fervently establishing himself as a man of and for the people in Arkansas. Being the grandson of two Baptist ministers, this South Little Rock native is no stranger to the importance of helping his community. As this familiarity grew, Ryan always felt it was his charge to support and be a voice for the voiceless and do the work it takes to do so. Ryan’s impact widens with every effort of advocacy that he makes on behalf of the community. But precisely who is Ryan D. Davis? 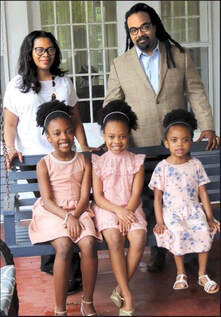 Ryan is an ordained minister and elder of Bullock Temple Christian Methodist Episcopal Church located at 16th and Park Street. His childhood was heavily influenced by both the Baptist and Church of God in Christ doctrines, inversed of the ministerial trajectory that his adult life took. Nevertheless, he accredits a lot of who he is today to his denominational upbringing.

Ryan is a board member of several public service organizations such as Decarcerate Arkansas and Arkansas Advocates for Children & Families. He also stands at the helm of operations for the University of Arkansas at Little Rock’s Children International nonprofit organization, whose anti-poverty initiative remained actively in place for over 25 years. Under his leadership as Director, the organization serves approximately 2,600 youth in central Arkansas with health, education, empowerment, and employability resources and programs. He also played a significant role in a $400,000 renovation grant from the Children International Corporate office for the Little Rock site. His efforts positioned him to be included on the “2018 40 Under 40” list of Arkansas Business magazine. 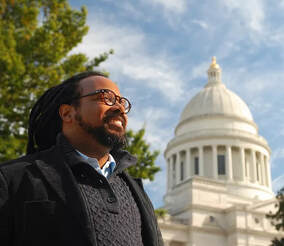 MAN OF ADVOCACY
As a life member of the NAACP, Ryan advocates for several community-based organizations, policies, goals, perspectives, and economic classifications. His professional experience working with non-profit organizations include P.A.R.K. and Children International. Still, he also voluntarily works with Arkansas Advocates for Children & Families, Arkansas Public Policy Panel, and he is the chair of the Mosaic Templars Cultural Center Advisory Board, as well as a board member of its Friends group. His passion for advocacy surges when he speaks about the Decarcerate Arkansas organization's efforts to curb fines, fees, and bail and end court debt. "Your inability to pay these fines and fees should not, at the very least, affect your freedom. [One] The United States is the largest imprisoner of people per capita, per percentage – by any number globally, but Arkansas is fast becoming one of the largest imprisoners of people per capita in the world. [Two] Back in 2017, our governor politicized the death penalty by scheduling several executions in a short time when many states were having a moratorium on the death penalty or finding ways to do away with the death penalty in general. Both facts are deplorable and can be handled differently. There's a dearth of justice-related advocacy in our state legislature. And we do not mitigate for people coming out and reoffending, unfortunately. We put up barriers to opportunities for people to make a gainful living, and then scratch our heads as to why people are going back to jail when there are legislative remedies for that."

In connection to Arkansas' incarceration methods, Ryan is also concerned with how youth are treated in the juvenile justice system. He feels that many young people are not given a fair chance to redeem themselves while incarcerated. He believes that there are infinite possibilities for youth to know that they can still become a valued member of society. "I'm not saying excuse anybody from the consequences of your actions, but what I am asking is, when we have them in these spaces, are we just holding them in cages until their numbers come up and sending them back out to become grown criminals? I believe there is a better way. There are ways for them to change — if it's just simply starting with a skills evaluation."

Ryan is also currently co-developing an organization called Digital Roots adding to his list of public service efforts. This organization will address civil engagement, civic education, voter education, registration, and mobilization. Since many entities mainly encourage people to register to vote, there is a gap of certainty that newly registered voters make it to the polls. Digital Roots attempts to fill that gap by making sure Black voters are not disenfranchised and helping people get to the city board or legislative committee meetings to be continually aware of what to vote for beyond election urgency. 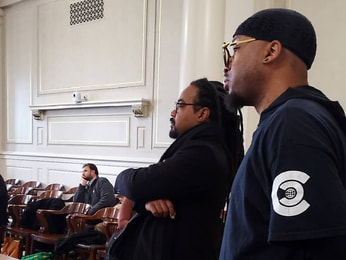 At the State Capitol with Activist Osyrus Bolly
MAN OF CONCERN
The state's mental health outcome from the pandemic greatly concerns Ryan. He believes that the state cannot achieve its future hopes and goals without promoting health. "I foresee a need to evaluate what access we have to mental health due to the pandemic. We need to expand mental health access in our state and stop overcrowding our jails with people that simply have mental crises. We also need to expand ARKids First to include mental health coverage for children."

Ryan’s concerns extend into the educational outcomes of children affected by the pandemic. He anticipates a need to evaluate education methods since they are guaranteed to be different in every household. He also believes that making public government resources more attainable to the public could potentially help. "People are doing the best that they can, and because the resources that the government has are for the public, we need to meet people halfway with those public resources such as SNAP Benefits, housing, etc. My concern as a citizen, and what I plan to bring in public office, is to make sure those public resources are allocated to the people who need them the most. That way, maybe parents can afford to be home with their children during this pandemic instead of working extra hours to make sure they eat." 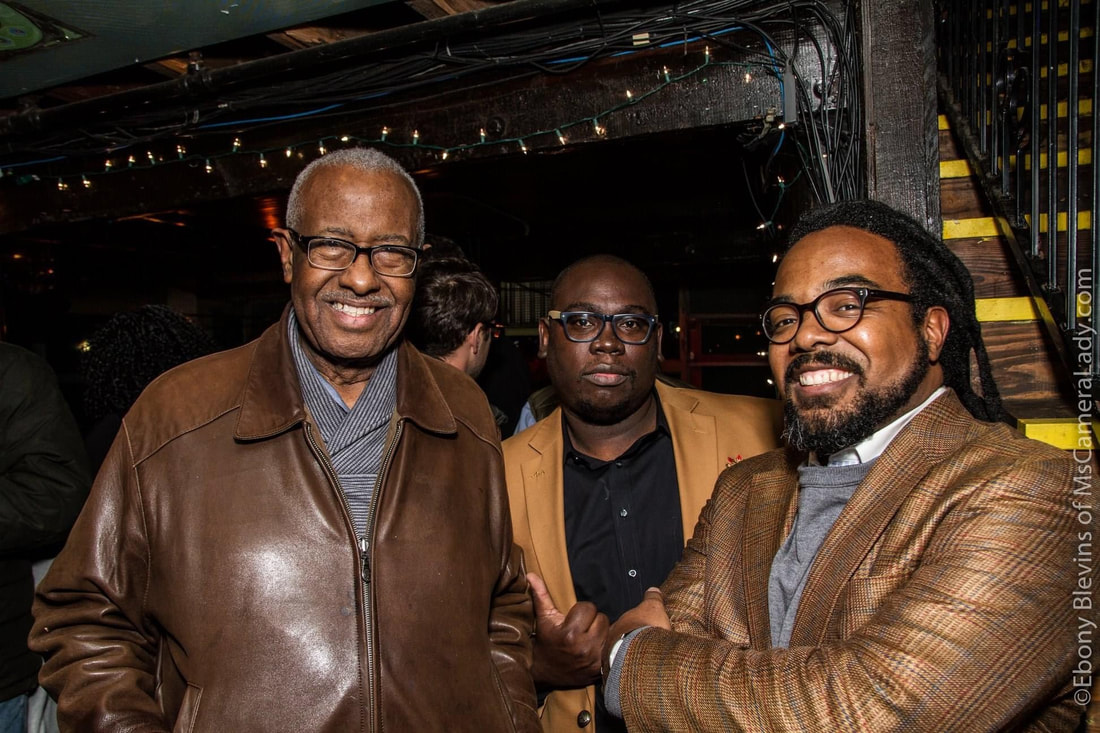 “A great Tree has fallen! May the great man rest in power. Rep. John Walker was my state representative, my fraternal brother and a solid, consistent source of wisdom and good advice. He called it how he saw it and he saw it from high heights and from a deep well of knowledge and experience. Mr. Walker was not known to scratch where he did not itch neither to laugh at what he didn't find funny. May we all be as intrepid, may we all walk as tall into the various lion's dens. May the ancestors welcome the dear brother!” - homage to Mr. John Walker from Ryan on October 28, 2019
MAN OF REVERENCE
Ryan ran for State Representative of District 34 – the district that he grew up in – purely on the encouragement he received from Mr. Walker himself before he passed away. Ryan attributes a significant portion of his motivation to run for the District 34 election to the legendary attorney. He states, “Mr. Walker is a national treasure, but more certainly a legend in this state as an intrepid Civil Rights attorney, who didn't take no muddy water."
​
During the 2019 Legislative session, Ryan talked with Mr. Walker regarding a rumor that he was not running in 2020. Mr. Walker neutralized the rumor by ensuring him that he was running. Ryan then proceeded to inform Mr. Walker that he would be running against him. Although both gentlemen knew Ryan would not win, Mr. Walker still graciously encouraged Ryan to do so, saying, "We need good voices like yours in the State Legislature." Ryan appreciated Mr. Walker at that moment because he did not engage in acrimony but approval of his decision. "Mr. Walker was an example of uncompromising intrepidness that a lot of people should emulate.” Contrary to his critics’ beliefs, Ryan knew he would not be able to fill Mr. Walker's shoes, nor did he want to. He just wanted to extend the strides that Mr. Walker had already made. 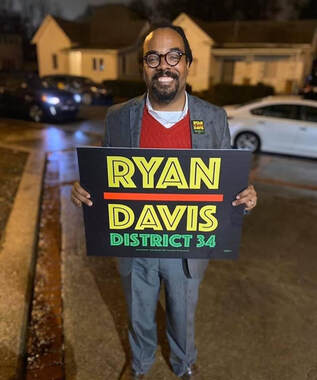 MAN OF DETERMINATION
Since the last quarter of 2019, Ryan ran for office in 4 different elections:
He admits that he was not aware of the amount of help he would need to campaign but is very thankful for the team that stuck with him through each one – Osyrus Bolly, Dawn Jeffries, and Rhonna-Rose Akama-Makia. ​"They held me down. I didn't know what it took to campaign. I knew what ideas I had, and I knew what I wanted to be as a legislature, but not that I needed as much help as I would! So I had to develop a team. We were inexperienced at the time, so we came out running from behind, but they were with me! I was with them! Yeah. They held me down."

In addition to this appreciation, he is also appreciative of the lessons he learned through each campaign. One of the more enlightening lessons he learned was this city's political dynamics. "I find it unfortunate that so many are content with platitudes rather than correcting problems. Matters being addressed in the Arkansas State Legislature right now are those of life and death. I wish we had an increased appetite for policy and how policy affects our daily lives." These types of predicaments still deeply concern Ryan and give him momentum to run for another public office – and win.

Although Ryan did not win either of the offices that he ran for, he remains grateful for his experiences and undeterred by his losses. His drive for advocacy and to fight in public office are both heightened. When I asked if he would run again, he intently responded: "I'm 100% sure that I will run for office again because I want to see and fight for change in this state and my community. There are issues that people in charge of our public life are not taking care of purposefully. Not pointing fingers. Just speaking generally." He does not plan on being a perpetual candidate much longer – “I will be a victor one of these good ole days! I just have to work with the clay while it is still wet.”
Unless otherwise stated, photos are courtesy of Ryan Davis' Facebook page or shot by Dianna Donahue